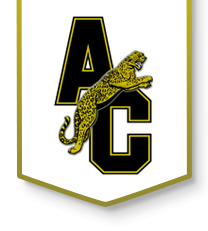 The Andover Central High School 2018 Jaguar Hall of Fame inductions will be held Friday, Jan. 12 during halftime of the boys basketball game. A reception will be held in the ACHS library from 5-6 p.m.

The Huelskamps were major proponents in the 1998 and 2005 USD385  Bond Campaigns, serving as Co-Chairs. They were also founding members of the Andover Advantage Foundation, served on the ACHS Site Council, the ACHS Traditions committee while cheering on their five children and their teams at ACHS.

Nikki (Armagost) Sylvester led ACHS to its first softball state championship in 2009. Sylvester went on to a  successful career at the University Of The Pacific.  A 3rd Team All American and a two time Big West Conference Offensive Player of the Year,  she is in in the top five in eight different categories of the University Of The Pacific record books along with multiple other accolades. The 2009 Kansas Gatorade Softball Player of the Year is currently a teacher in San Jose California.