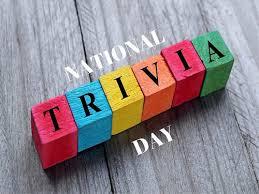 In honor of National Trivia Day, we thought we’d give some history about Andover Public Schools.

In 1875, a wooden one-room schoolhouse was built near where Andover now stands.

The school was moved to Andover when the town was laid out. The portion moved was adjoined with a new schoolhouse on Andover Road, north of Allison Street. The schoolhouse was built at a cost of $2,000. It was completed in 1882. This was the first Andover School, with 86 students.

In 1917, the first permanent school building, a three-story brick building, was built for the Andover School District. It was known as District 122.

Andover Public Schools became USD 385 in 1965 after the consolidation of area schools.

In 1950-51, a bond issue was passed to accommodate the growth in the area following World War II.

In 1978, a bond issue was passed to build Andover High School. The class of 1982 were the first to graduate from the building.

As you already know, in 2017 a bond issue was passed. Construction has already started on various projects around the district.

We can’t wait to see what the future holds for Andover Public Schools.

Click here for more information about the history of Andover Public Schools.