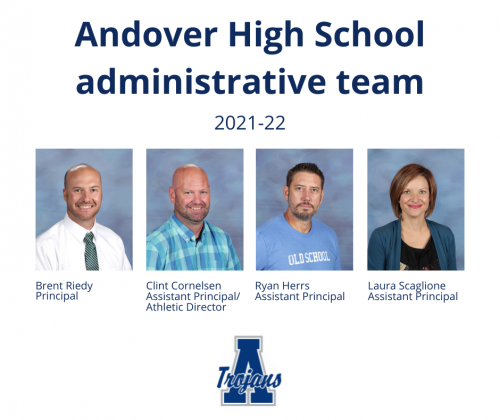 Brent Riedy will be the new principal at AHS. Riedy has served as assistant principal and athletic director since 2012, and he taught and coached at AHS for eight years before that.

He will be joined by three new assistant principals. Clint Cornelsen, who also will serve as athletic director, has taught history at AHS since 2015. He previously taught at Heights High School.

Ryan Herrs will be another assitant principal. He has taught weights and physical education at AHS since 2012, and he also taught at Andover eCademy from 2016-19. He previously held teaching positions at Wichita, Derby and Mulvane. 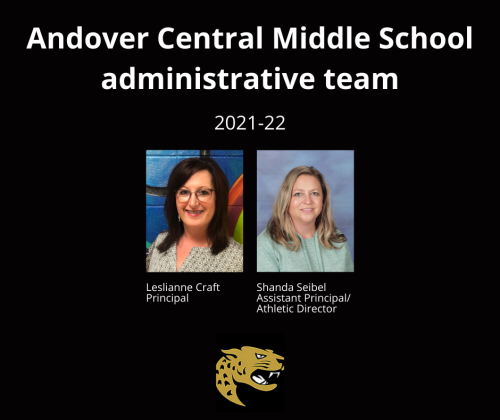 Leslianne Craft, principal, comes to us from Wichita Public Schools. She served as principal of Jardine STEM and Career Explorations Academy last year, and before that spent three years as principal at Stucky Middle School. She was assistant principal of Marshall Middle School from 2010-2017 and started her education career teaching middle school math.

Shanda Seibel is moving into the assistant principal/athletic director role after spending two years at ACMS as a seventh-grade math teacher. She previously taught fifth grade at Prairie Creek Elementary, and spent one year as an assistant principal for two elementary schools in Holcomb.

Welcome to these new administrators!