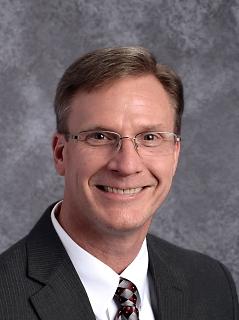 Brett White has been the Superintendent of Andover Public Schools since July 2017. He began his career in education as a 7th and 8th Grade Language Arts Teacher and in 1999 was selected to serve as assistant principal in Mulvane where he stayed until 2001. From 2001-2012, Brett served as Principal of Andover Middle School in Andover. In 2012 he transitioned to the district office where he served as Andover’s Assistant Superintendent for Human Resources for five years. Brett knew early on that Andover was a special place and his career objective was always to be at the helm of the district.

Brett has a rich background in educational leadership and effective teaching practice and has led successful school reform efforts at the building and district levels. He has a deeply embedded belief in people and the ability to get the best out of each person through a combination of high expectations, clear communication and positive relationship building. He is a collaborative leader with the skills and talents for building foundational trust and bringing people together around creative problem solving. Brett is active in the community as a member of the Andover Police & Fire Foundation, has participated in the Andover Middle School Mentor Program for 12 years and has been a member of Risen Savior Church for 20 years.

Brett holds a Bachelor of Science Degree and a Masters Degree from Kansas State University.

Brett is a lifelong Kansan, born and raised in Hutchinson, KS.  Brett and his wife, Jody, have two children, Braden and Briley, who are both graduates of Andover High School. 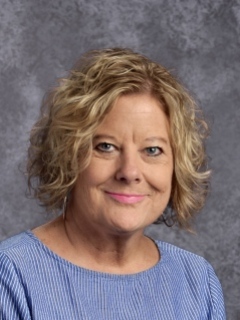 Jamie Bohannon, administrative assistant to the superintendent and clerk of the board